Jean Piaget’s theory and the types of epistemologies: Metascientific, Parascientific and Scientific by Jordan Peterson

First of all, to talk about epistemology and its varieties, it is pertinent that we define what its concept is and where it comes from. Epistemology in its beginning was defined as the branch of philosophy that studied knowledge but later it was even more specific. Today we can say that epistemology is responsible for studying scientific knowledge.

Etymologically, the Greek word «episteme» refers to «knowledge and experience» and «logos» to study (or science). The history of its constitution is long and begins in ancient Greece at the hands of renowned philosophers such as Permenides, Plato, Aristotle and Socrates.

According to Piaget, epistemology is considered as «the theory of valid knowledge», and it is endowed with a characteristic: it is necessarily interdisciplinary in nature, taking into account that knowledge is never a state and always constitutes a process, said The process is the transition from a lower validity to a higher validity. Then it raises two questions at the same time: Fact and Validity. Otherwise, if it is only about facts, epistemology would be reduced to a psychology of cognitive functions; and if it is only about validity, epistemology would be confused with logic.

It has a reflexive, descriptive and normative character, it leads to concepts of applied basic science, technique and reciprocal relationships.
Here we mention as examples Plato, Aristotle, Descartes, Kant.
Platonic epistemology is born from the reflection on mathematics.
Thus, I also mention as an enlightening fact the beginning of Greek mathematics. These arose from the reflection on mathematics, with Plantón and on logic with Aristotle. With the peculiarity of being essentially «realistic» or «contemplative». These project the results of the operations into reality instead of reflecting on them and manipulating them as mobile instruments free of transformation and combination.

But let us take into account what Piaget says, mathematical logical operations were constituted in history long before physical, chemical or biological experience. The reasons concern the fact that the logical or mathematical operations draw from the actions of the subject, or from the coordination of these exerted on the objects and not from the objects as such, which implies a genetic anteriority. Therefore mathematics and logic were formed long before our era.

For realism, the knowing subject does not intervene in knowledge: it does not yet exist as an active subject and is limited to contemplating.

Parascientific epistemologies start from a critique of the sciences and seek to achieve a mode of knowledge different from scientific knowledge.

They strive to start from an essentially restrictive critique of the sciences in order to establish knowledge outside its borders in a different form. The restrictive critique of the sciences consists in limiting the possibilities of knowledge of the sciences. Through this, it is sought to trace the limits over which the sciences could not pass, establishing that certain themes and problems are purely competent for philosophical reflection.
They have the interest of preserving a certain set of social and moral values ​​against the attempts of certain philosophical currents that strived to reduce everything to a scientific approach (materialism and positivism)
In the course of the second half of the 19th century and mainly in the 20th century, the progress of irrationalism, together with the natural resistance triggered by the development of scientific metaphysics, entailed the formation of important currents of thought that led to a theory of knowledge of parascientific nature.

Let us remember that irrationalism is a philosophical current that privileges the exercise of will and individuality over the rational understanding of the objective world. Within the French philosophy ceases, the current of ideas that passes from Jean Ravaisson to Jules Lachelier and Etienne Boutroux, to conclude by Bergsonian epistemology is particularly significant in this. Arisen from the desire to preserve certain moral values ​​against the dangers of scientific metaphysics (materialism and dogmatic positivism)

Bergson constructed a theory of knowledge based simultaneously on the limits of science and those of reason. I explicitly criticize the biology and psychology that were contemporary with him.

Bergson’s central idea is that science becomes less objective and more symbolic as it goes from the physical to the psychic, passing through the vital. Then, since something has to be perceived in some way to symbolize it, there would be an intuition of the psychic and more of the vital, that intelligence would undoubtedly transpose and translate but that would not cease to surpass intelligence. In other words, there would be a «supra-intellectual» or «ultra-intellectual» intelligence. But it is necessary to understand that the overcoming of intelligence by intuition, as well as the prefixes «supra» or «ultra» does not express a mere prolongation, it is strictly a matter of a difference in nature between intuitive knowledge, on the one hand, and scientific knowledge. or rational on the other.

In opposition to intuitive knowledge, intelligence uses a cinematographic method, that is, it tries to think the unstable by means of the stable, I move it by the immobile, and if so, it means that its main object is the «unorganized solid» and it is oriented like matter itself in the opposite direction to the vital impulse.

Bergson insists on defending two fundamental notions that he shares with a large number of thinkers, that intelligence is linked to action and that authentic knowledge is a continuous construction, creating new structures.

Now, if we compare the whole of this thesis with what later comes to teach us the genetic psychology of intelligence, we can maintain that the Bergsonian critique subsists, integrates and at the same time presents a decisive interest both for its coherence and for its acute lucidity, but that It is not addressed to the forming core of rational intelligence and which points to the other aspect of intellectual knowledge, inseparable from the first but profoundly different in their respective genetic destinies and which we will call “imagined representation”. In a word, Bergson succeeded in his criticism of the image but failed in his criticism of the operation.

This logic does not contain in advance the subsequent cognitive structures, as a preformism in which everything would be given might imagine. It is at the starting point of successive and creative constructions in the course of which the action is transformed into operations.

Finally, scientific epistemologies seek the truth through rigorous and exhaustive procedures. Let us bear in mind that these are not better than the previous ones, but rather have the sole purpose of explaining scientific knowledge and consider it the only possible one. Epistemology rests then on an analysis of a scientific nature since it studies all scientific practice, and since science is a cumulative process, the studies that are carried out must be conceived as a «process of becoming» or rather, of science «being made» .

Piaget assigns three sources to it:

1-The first is of a moralizing nature in the face of the continuous and disturbing transformations of the sciences, some epistemologies have wanted to fix the principles of these in accordance with a system of norms and this is what the positivist tendency essentially consists of, from the doctrine from Comte to contemporary Viennese and Anglo-Saxon neopositivism.

2-the second source ah consisted of the interest that, from Cournot to Brunschvieg, Cassirer and many others, sought in the philosophy of science information about the transformations of knowledge could not suppress speculative reflection.

3-the third source whose importance that does not stop growing, is the reflection of the scientists themselves on the instruments of knowledge available to their sciences, a reflection destined not to «do philosophy», but to overcome the crisis, when these, As they do not simply stem from disagreements with respect to the results obtained, they put into play the value of the concepts or principles used to obtain them.

Finally, Piaget states that the character of scientific knowledge is to reach a certain objectivity and that it be increasingly rigorous through a double movement of adaptation with respect to the object and decentration of the individual subject with respect to the epistemic subject.

The history of knowledge is quite extensive as we have been seeing, beginning in an immemorial era at the hands of philosophers who sought to achieve knowledge through pure

philosophical speculation and for which it was fully valid even for that context; but as time went by this was reformulated also due to the various historical, political and social events that affected the changes and the way of presenting or expressing knowledge and its «truths». In this story we can see the criticism received by the various epistemologies and the particularities of each one, as well as how these thinkers used a methodology that accompanies their way of reflecting and presenting said knowledge as valid.

Piaget, for his part, is a great epistemologist who has an innate interdisciplinary perspective that is embodied in the biological theory of knowledge that he proposes, in addition to having an exhaustive critical sense of the preceding theories and also the audacity to take as contributions some statements of other theories that enriched genetic epistemology itself.

It can be observed that there are elements inherent to every act of knowledge and in this journey the knowing subject is distinguished, who acts and from which the cognitive structures can also be extracted, the object of knowledge, the methodology that is in charge of validating or refuting the knowledge so far given.

It is extremely important for students to know the history of knowledge since this allows us to locate ourselves in time, space, and contexts that facilitates the understanding of history, allows us to identify which perspectives belong to certain currents, which ones confront each other in versus, the political ideologies that are behind and that inevitably generate influence on the predominance of one over another.

Source: Logic and scientific knowledge under the direction of Jean Piaget. 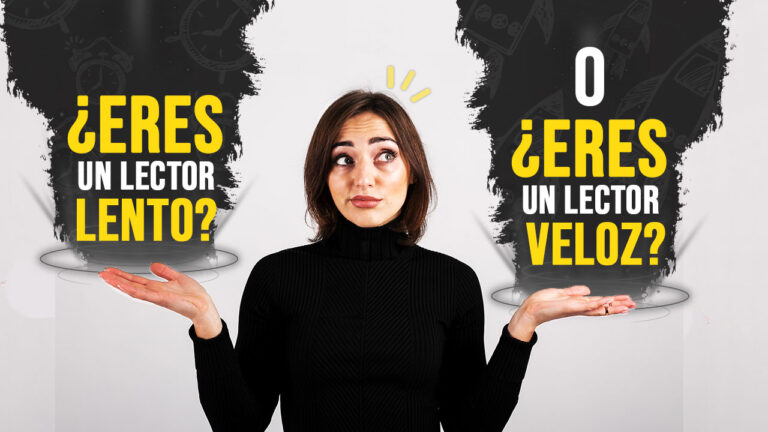